You are using an out of date browser. It may not display this or other websites correctly.
You should upgrade or use an alternative browser.

10 Great Plays for Parents to See with their (Older) Teens 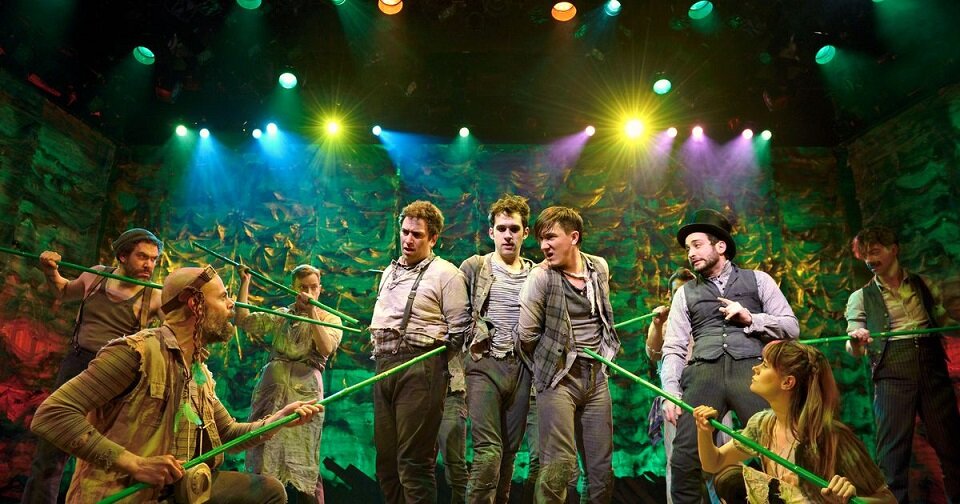 
It’s not hard to find what’s hot among teenagers when it comes to musicals (and if you need help, check out here and here), but it can be a little more challenging for parents to find plays absent singing and dancing.

How do you find works that are meaningful but that today’s teenagers can relate to and enjoy?

The following list includes ten shows that are first and foremost great shows with strong storytelling. Some are new, some are classic. They’re shows that are gateway drugs to a lifelong theater habit.

These aren’t shows to “send” your teenager to, but to experience together. They aren’t for all ages or temperaments. Teenagers are tackling tough topics and theater can help. Content warnings are included below.

“The Vagina Monologues” by Eve Ensler

This one comes with huge content warnings—there is strong language, frank sex talk, and lots and lots of mentions of vaginas. While I recommend this for older teens, I took my son to see this when he was 14 and again when he was 21. It became one of many ways we talked about feminism—about giving women bodily autonomy, about the double standards surrounding body parts for men and women, about rape, about how to treat women, and about how women and girls can demand they be treated.

“I and You” by Lauren Gunderson

Before the pandemic, Lauren Gunderson was twice identified as the most produced playwright in the United States whose name isn’t Shakespeare. Most of her works, all of which are stunning, have strong political and historic undertones. “I and You” is the exception. It centers on two high schoolers the day before they have a group assignment on Walt Whitman due. Neither are totally who they seem to be and their circumstances are slowly revealed in a powerful manner. (If you want to see one of her historical ones, consider “Silent Sky” or “The Taming” if you want a political one with Shakespeare overtones.)

This play also has frank sexual content, but it is one of the masterpieces when it comes to delving into the AIDS crisis. The winner of a Pulitzer Prize for Drama and a Tony Award for Best Play, it premiered in 1991 and examined AIDS and homosexuality in the 1980s. Yes, it is somewhat dated, but remains a powerful tale and is one of contemporary America’s most important works. (This is part of a two-part series. The second part is called “Angels in America: Perestroika.”)

Based on a novel by Mark Haddon, it is an incredible piece of stagecraft as it takes audience members into the mind of someone who is neural atypical. Christopher is investigating the death of his neighbor’s dog and demonstrates what it is like to exist on the autism spectrum. (The book is also a monumental achievement, told in first person by Christopher.)

Recently back in the headlines as a 2020 film version directed by Denzel Washington and starring Chadwick Boseman, this Wilson play takes place in the 1920s at a riotous recording session featuring Ma Rainey, a blues singer. (This is one in a ten-play “Pittsburgh” cycle by Wilson. It is also worth seeing “Fences,” which talks about a retired Negro League baseball player.)

“Peter and the Starcatcher” by Rick Elice

Adopted from a novel series by Dave Barry and Ridley Pearson, the play is a prequel to Peter Pan, one that takes place before the orphan Boy even has a name. It’s a delightfully fun and energetic show that is theatrical in all the best senses of the word. It’s a great way to fall in love with what theater can do while enjoying a show that contains enough subtlety to be enjoyed by all generations.

Another Pulitzer Prize winner, this one came out in 1964 and features a dysfunctional family consisting of a single mother and her two daughters. Tillie is conducting a science experiment with marigolds that becomes a metaphor for her life. (A science teacher, Zindel also wrote other books about teens in unusual circumstances, such as “The Pigman.”)

Written in 2004, the show pits a nun and a priest against each other when the former comes to believe that the latter is acting inappropriately toward one of the boys in the school. Is he guilty or not? That’s something you and your teen can talk about after the show and what sort of responsibilities a person has when they suspect someone.

“The Wolves” by Sarah DeLappe

It is challenging to put sports on stage, but DeLappe gets inside the competitive minds and hearts of a high school girls community soccer team by setting the play during their Saturday warmups. Nameless, they are identified only by their numbers and in overlapping speeches talk about their life as teen girls. This comes with a content warning because it truly is what teen girls talk about with each other, including periods, abortions, sex, drinking, and misbehaving adults.

“Every Brilliant Thing” by Duncan Macmillan

A six-year-old is dealing with his mother’s depression after she is hospitalized for, as his father says, “doing something stupid.” So, he starts to make a list of all the things to live for, or, as the title says, every brilliant thing.